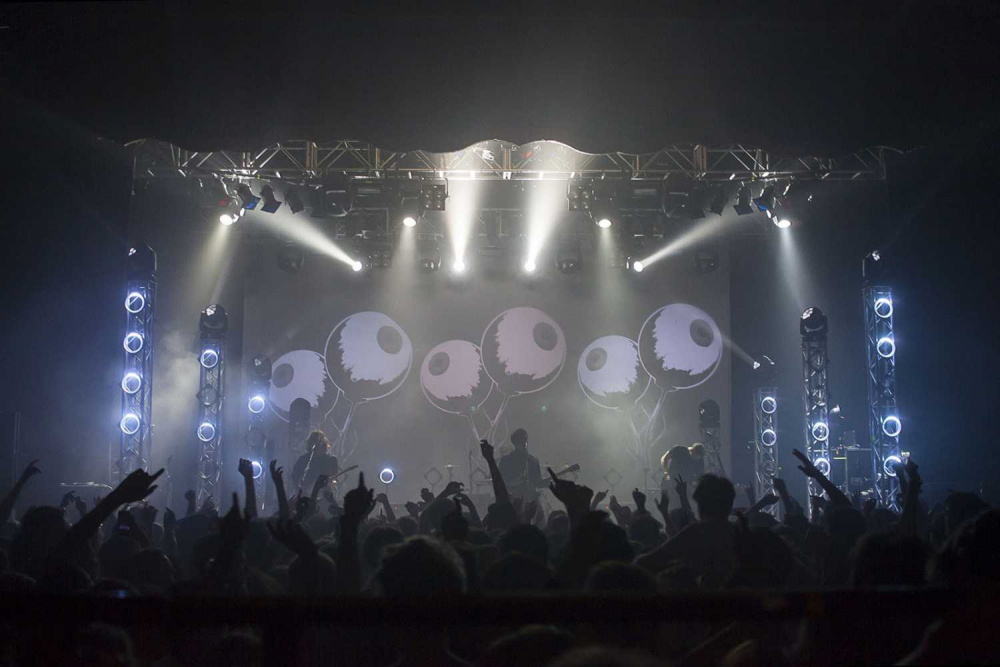 Robe makes some Circa Waves

Indie rockers Circa Waves are making waves right now, and the release of their second album Different Creatures brings some more serious, hard-hitting and thought-provoking messages along with solid catchy rhythms.

Lighting designer Ed Warren started working with Circa Waves at the start of this album campaign in October 2016. Having known their management team for some time, all the circumstances and stars aligned to make it the right time for Ed to add his ideas and imagination to the stage presentation on recent UK and European legs of the tour. Ed specified an almost entirely Robe rig including 12 x Spiiders, 12 x CycFX 8s, 36 x Halos and four DL4Ss, all supplied by CEG Hire & Productions, and operated on the road by Toby Hoggarth.

Ed was left free to create a visual stage environment after receiving the new album artwork and a few pointers from the band and their management. One of the requests was for a false perspective feel to the stage, with some more epic cinematic looks, plus lots of strobing and hi-energy effects for the manic elements of the set, all of which left plenty of scope for creativity.

For this design, he selected a classic white backdrop look – the nature and texture of which could be changed with up-lighting from the CycFX 8s. Some custom gobos featuring the new album artwork were made for the DL7s, which could be flashed up on the backdrop at strategic moments.

Eight Spiiders were on top of four trussing towers each side of stage which were gradiated in height with the shortest at the rear and the tallest at the front, with the other four Spiiders upstage behind the band. Ten of the Cyc FX 8 were up-lighting the backdrop, and four were hung vertically off the two more upstage towers and used as side key light for band.

The Halos were rigged to the front of the towers where they could delineate the architecture of the performance space. The DL4Ss, fitted with the custom gobos were hung on house front trusses at each venue and used as cross stage backdrop lighting. The lighting set up was completed with four strobes on the floor behind the band.

Sign up for the latest CEG news and equipment updates.

Delivered anywhere in the United Kingdom